See here for a news article in the regional press

On Saturday 28th of January the first edition of this new ultra event will take place in the city of Amersfoort. Amersfoort is situated in the middle of the Netherlands.What, when, where, who?

What: 100 Miles (with interval time at ±50 Miles and ±100km which will be also published at DUV Statistik)

The course consists of laps of ±3,75km. So, to finish the 100 Miles you have to complete almost 43 laps. The course will be officially measured by a course measurer of the Dutch Athletics Union. And the first lap will probably not a full lap of 3,75km.

The course has no mentionable altitude meters. The course is not traffic-free. Mainly bikes and scooters will be on the course and sometimes a lost car. The course has some sheltered parts (±70) and some partly open parts (±30%). The underground is mixed: tartan track, asphalt and small cobblestones.

Click on the map to go the afstandmeten.nl to see the course in more details. 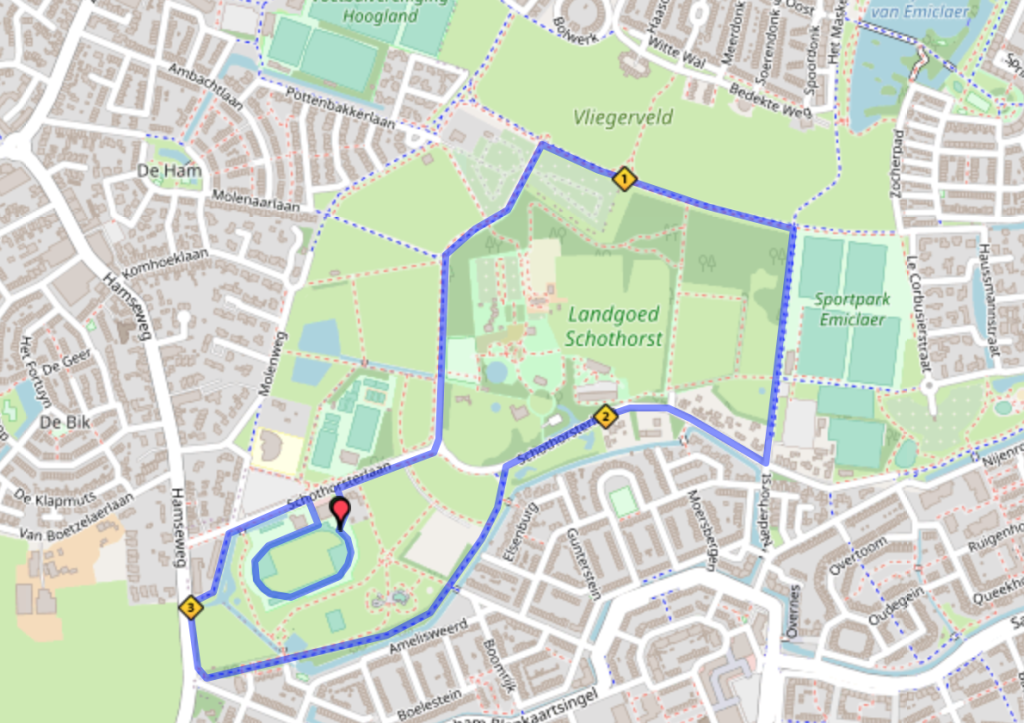 Participation fee and what is included?

The participation fee is € 50.  Included is:

B&B’s in and around Amersfoort